Samuel Bell Palmer (1843-1872) was a native of Knoxville, Tennessee. His father, William Palmer, an immigrant from Ireland, started life in Knoxville as a tailor and ended as a merchant. Palmer was named for his uncle, Samuel Bell, a noted silversmith, who twice served as mayor of Knoxville. Samuel B. Palmer and his brother John enlisted in the Confederate forces, becoming part of Capt. W. C. Kain’s (also sometimes called Mabry’s) Light Artillery in Knoxville on May 4, 1862. Sam Palmer kept small journals throughout his military service and drew small pencil sketches of scenes that he witnessed. When the Union Army occupied Knoxville in September 1863, Samuel and John Palmer were captured and sent to Camp Douglas in Chicago, Illinois. During his confinement, Sam Palmer continued to draw sketches from memory of scenes that he had witnessed, as well as of prison camp life. The most dramatic of his drawings records the divided loyalties of his hometown. It shows a day when large crowds gathered to observe the simultaneous recruitment of Union and Confederate troops on Knoxville’s Gay Street in 1861. 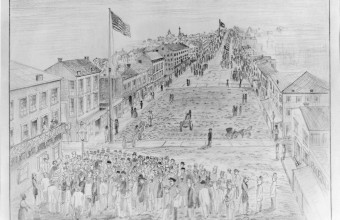 The Palmer brothers were released on March 13, 1865 and soon were able to rejoin their family members, who had “refugeed” to Columbus, Georgia, to avoid taking the Oath of Allegiance. Sam Palmer and his family remained in Columbus, where he married Fannie M. Webster on April 13, 1868. Samuel Palmer died before reaching the age of 30, on February 11, 1872, and is buried in Linwood Cemetery in Columbus. Various family members preserved his letters and journals, which constitute a valuable and very personal view of the war in East Tennessee. 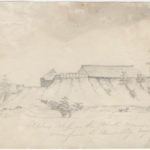 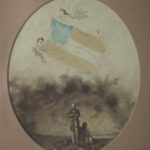 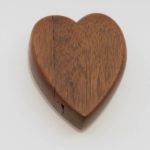 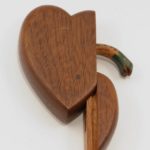 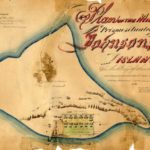 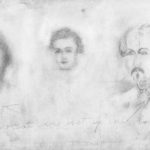 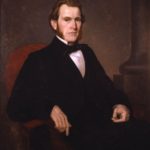 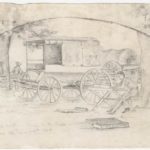 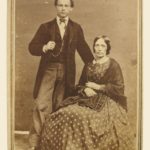 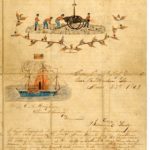 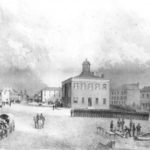 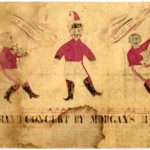 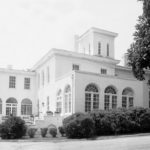