Sarah Polk had been the widow of the 11th President of the United States for nearly a dozen years by the time the Civil War began to rage in 1861. During those years, Sarah had lived in quiet solitude in Nashville at Polk Place, the imposing mansion that she and her beloved James K. had purchased in the hopes of a long retirement. His death just three months after leaving the presidency only ensured Sarah a long widowhood.

Having been a First Lady whose time in the White House had seen the country whole, expanding, and prospering, Sarah Polk did her best to remain above the national conflict. Like her late husband, she believed that secession was brought on by a body politic that used sectional issues for selfish gain rather than the good of the country. As such, she remained publicly neutral, entertaining both Confederate and Union commanders alike. However, being a native Tennessean whose belief systems were tied to antebellum southern life and social mores, her own private predilections were with the Confederate cause. 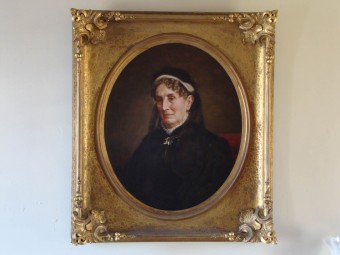 This portrait of Sarah Childress Polk (1803-1891) shows her in mourning clothing, which she wore from the time of former President James K. Polk’s death in 1848 until the end of her life. The white collar and band on her veil and the brown leather of the distinctive buckle brooch she wears at her neck are the only touches of color in her attire. She was in residence at Polk Place in Nashville during the Civil War and at the time this portrait was painted by artist George Dury.

She was a founding member of the Ladies’ Soldiers’ Friend Society. On more than one occasion she successfully pleaded with Union authorities for the release of captured Confederate family members and friends. Her public neutrality, however, ensured that Polk Place could be a safe haven. Polk Place became the repository for the Tennessee Historical Society’s collection when looting was feared during Union occupation. In answer to her neighbors’ fears of violence, Sarah replied that she had nothing to fear from armed men, that her character was her citadel. In the end, Sarah Polk came through the war relatively unscathed. Her property and privacy had been respected, and she took up her place as a grande dame of Nashville society until her death in 1891. 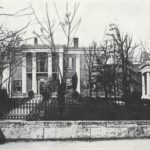 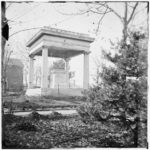 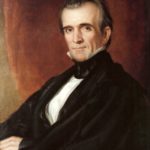 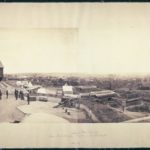 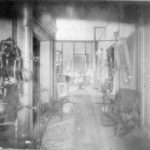 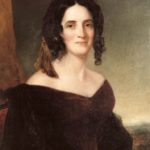 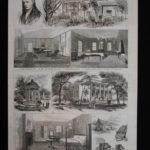 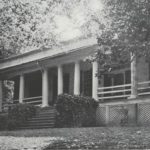 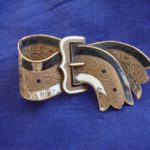 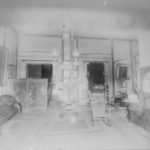 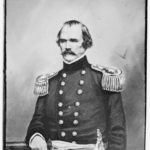 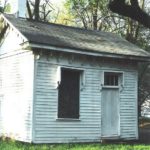 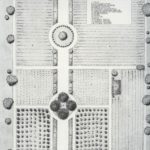 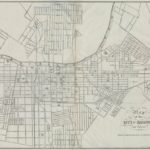 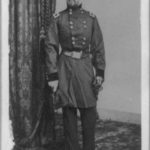 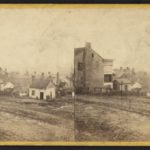 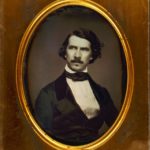 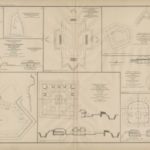