Scottish-born artist James Cameron moved to Chattanooga from Nashville sometime in the 1850s at the behest of Colonel James Anderson Whiteside. Whiteside, a Chattanooga businessman in the iron and railroad industries, was always eager to enhance the reputation and fortune of the city, and convinced the artist to move to Chattanooga under his patronage. Whiteside provided Cameron with a place to live and sought out commissions for him. Cameron’s ambitious portrait of his patron, completed in 1859, just before the outbreak of the war, features the colonel; his second wife, Harriet; their youngest child, Charles; a male slave, and nursemaid Jane. The background view features Lookout Mountain, where Whiteside had built a hotel; in the distance is Moccasin Bend, from which Union artillery would later fire on the mountain top in 1863. 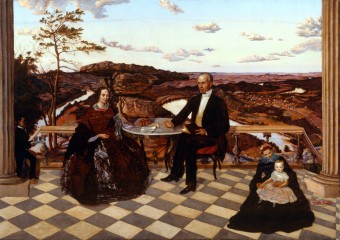 As the war progressed, Cameron realized that he would not be able to maintain his career in Chattanooga. It is likely that sometime around 1863, he and his wife Emma moved back to Philadelphia , where he had lived and worked earlier, for the duration of the war. When he returned to Chattanooga, he was so horrified by the devastation he found there and so discouraged by the lack of commissions in the shattered southern economy that he ended his career as an artist. His patron Colonel Whiteside, 58, died from pneumonia contracted when he brought home his 16-year-old son, James, who had fallen ill while serving with General Robert E. Lee in Virginia. 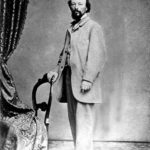 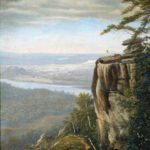 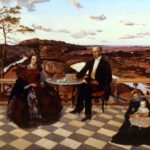 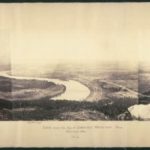 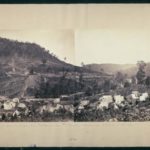 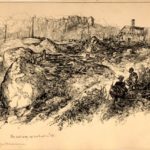 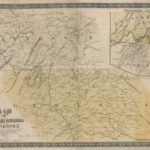