In the fall of 1861, United States government officials, including President Lincoln, encouraged plans to disrupt Confederate supply lines by burning all the railroad bridges along the East Tennessee & Georgia and East Tennessee & Virginia Railroad lines between Chattanooga and Bristol. The government pledged to follow the bridge burning with an invasion by Federal troops from Kentucky into Tennessee under the command of General George Thomas. But the government failed to carry out its pledge of invasion for nearly two years, and many Union sympathizers were imprisoned and charged with bridge burning. On November 8, 1861, the Lick Creek Bridge, near present-day Mohawk, Greene County, Tennessee, was burned. Within several weeks, five men from the Pottertown area of Greene County were hanged for their participation: Christopher A. Haun, Jacob M. Hinshaw, Henry Fry, Jacob Harmon, and his son Henry Harmon. 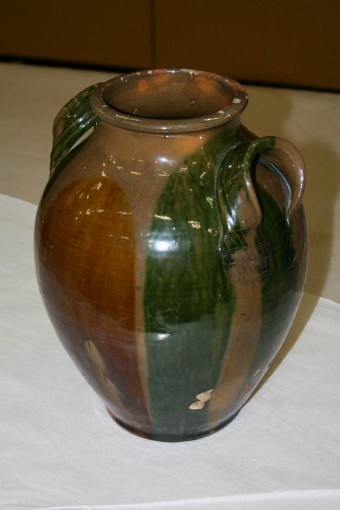 C.A. Haun (1821-1861) was perhaps the most skillful potter in this area. He produced some of the most beautiful and finely crafted lead-glazed earthenware in Tennessee, which are highly prized today by museums and ceramic collectors. Found guilty of treason by a Confederate military court, Haun was executed on December 11, 1861, in Knoxville. Few letters are more touching than his last words, written to his wife, Elizabeth, from his jail cell on the day he was hanged:

I have the promise that my body will be sent home to you. O live for heaven, Oh my bosom friend and children, live for heaven I pray. My time is almost out, dear friend, farewell to this world — farewell to earth and earthly troubles. 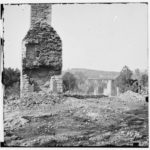 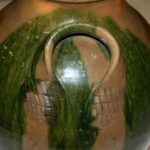 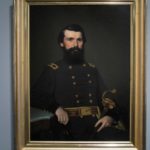 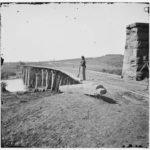 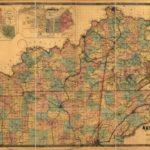 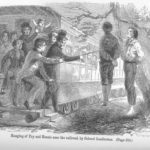 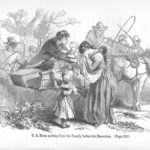 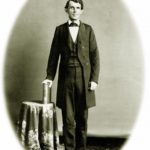 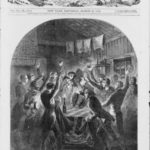 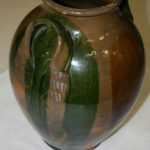